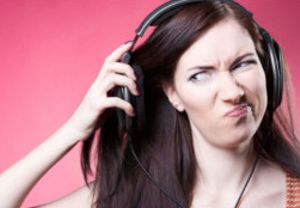 “That is just unnatural to sing like that.  I would rather listen to someone screaming.”

My grandson and I were in the car together and I tuned the radio to a Southern Gospel station.  At just that moment the group featured a bass singer with a remarkably low range, wrapping up with a sound close to a growl.

“Why would anyone sing like that?”  I realized that this was a generational context situation.  Even though I am not a particular fan of the “see how low you can go” technique, I probably don’t even notice it.  Growing up there was a popular musical TV program which was sponsored by Dodge vehicles.  At the end of each show there would be a bass singer capping the evening with the words “Dodge had a good time, too” in a downward scale.  It assumed an iconic place in culture.  It was a vocal limbo dance!

To hear his judgment that a resonant bass voice was unnatural made me stop and think.  Screamers, rappers with startling speed, and eardrum-piercing voices do not qualify on any scale I can imagine as music.  Yet, to him they had more aesthetic appeal.

What was going on?  A change of sensibilities, without a doubt.  A pleasing sound and an appreciation for the “pipes” which had the capacity to vibrate almost lower than the human ear can hear is part of my heritage.  Part of my education included a definition of music, meaning harmonious melodies.  The 20th century altered those parameters, but my ears were permanently attuned to the textbook framework.

Now, my 20 year old grandson has no background which identifies music in the same way at all.  It is all about the driving rhythms, the bombastic delivery, and the disturbing decibel levels.  To him, this is music.  Anything else is “unnatural.”

Intergenerational relationships require understanding and patience.  What makes me hum along makes him break out in hives.  What gets him bouncing in the passenger seat makes me want to pull my hair.  But there is no right and wrong.  Our tastes are partly generational, partly educational.  The relational element is primary in any preferential issue.  Time with him far outdistances the irritation of bone rattling vibrations.

As my Dad said, “we have to get older, but we don’t have to get old.”  Keeping those intergenerational pathways open and clear is a growing experience – and a lot of fun which keeps me from being old.