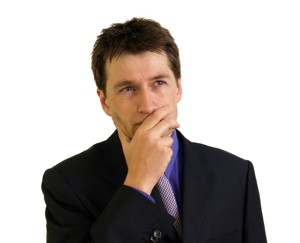 “I had to think all the time when I was at work, so now that I am retired I don’t think anymore.”

Stop a minute and chew on that one! Raised in a family which valued thinking as a core value, this man’s statement struck me as not only strange, but almost incomprehensible.

The Bible says: “As a person thinks, so are they.” For you purists, I know the KJV says “a man thinketh,” but I think I have the freedom to expand the text. This presupposes thought, doesn’t it? And it underscores the critical nature of the process.

I once saw a humorous comedy routine describing the differences in men and women. One of the distinctives was the ability of men to absolutely put their brains into neutral gear – and exist happily. When the wife says, “What are you thinking?” he responds, “Nothing” and means it! I subscribe more to the Facebook meme which says “Closing my eyes is the open door to reminding me of all those things I haven’t done all day.” Minds just won’t shut off sometimes.

But that isn’t really productive thinking, is it? What the Bible is talking about pertains to our worldview, our perspective on life, and as A.W. Tozer says “What a man thinks about when he thinks about God is the most important thing about him.” The way we view the nature of God and the nature of man – and the way we participate is important.

Consequently, taking an “I’m not thinking anymore” position sets a person up for a cruise down the rapids without a good game plan. Let’s think clearly, intentionally, and purposefully to make each day one worthy of remembering in the future (as Zig taught!)