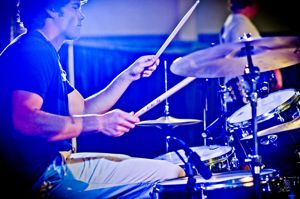 “They moved the cross off the platform to make room for the drums.”

My friend’s church changed from a traditional service. The final transition was the removal of the cross. There is nothing inherently sacred about the physical cross, but the symbolism does give one pause. It is a metaphor for many of the decisions we make.

In our haste to stay current, we jettison the old, sometimes without understanding the consequences. The exchange of worship styles is not a theological issue, as long as the object and focus is scripturally sound. But sometimes in our rush we fail to recognize the message we are sending. When we always seek the brand new, we lose our sense of continuity.

I once heard that totem poles were to be read bottom to top. The more valued positions were the carvings at the bottom representing history. An old Indian tale speaks of a modern woman who is told by an older one to stand on her shoulders. “No, Mother, I will not – you stand on mine,” the young woman replied. “My daughter, look down.” As the young woman looked down she saw one woman standing on the shoulders of another, all the way down beyond where she could see. Each generation stood on the shoulders of the one before… younger women standing on the older women. “I understand, Mother.” Each of us should be a platform for the next.

As I age, the contribution of my elders increases. As I become the older one, I often long for the wisdom of those who have now passed. Maybe we just march to the beat of a different drum sometimes!

Lest anyone think I have completely moved into “old foagie-ville” let me assure you I love worship teams. I love to raise my hands in praise. I love to clap and sing. But surely there is room for the cross since there was room at the cross for us who praise and worship.