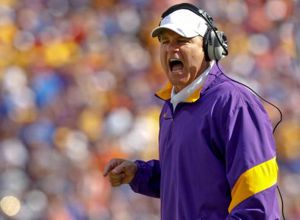 “I don’t want to call in the next defensive play.”

These words spoken by the football great Lou Holtz point out the principle: winning doesn’t come through playing catch up.

Years ago I heard the illustration of being a thermometer versus thermostat. One records the current temperature; the other determines the temperature. One plays defense while the other is offense. At the risk of using the entire year’s quota of clichés, one more comparison: reaction versus action. When we consistently wait to respond, we lose the ability to change the game.

New Year’s resolutions too often are merely the reworking of last year’s regrets. “I want to lose weight” is another way of saying, “I gained way too much last year.” “I want to be a nicer, more generous person” restates the dismay of being hard-hearted and close-handed.

Lest I sound like “I am the captain of my fate,” I must say I believe in the sovereign control of our triune God. The book of James warns us against saying, “Tomorrow I will here and I will do that.” He adds, “We must cover each plan with “As the Lord wills.” His complete control does not excuse me from strategic thought and planning. Stepping out in faith with boldness, reverence, and anticipation honors our God.

2015 is already established in the heart of God. As it unfolds in real time, it gives us the grand opportunity to be His thermostat… to be one who sets the tone, the temperature, and the tempo. We can focus on the plays which move the ball up the field. Our emphasis can be to advance our God-ordained plans for His honor and glory.