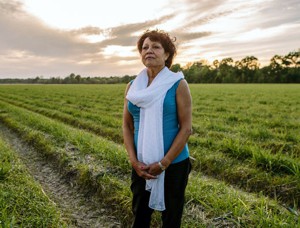 My paternal Grandmother was a woman of strong character, yet challenged with physical weakness. She gave birth to six children and raised the five “boys” after her little girl died in early childhood. As the wife of a depression era pastor she sacrificed daily to provide for not only her family, but all the others invited in by my merciful Grandfather.

In her later years we lived in the same town. What a joy to pick her up each week (with my two little toddlers in tow) and take her to lunch at her favorite place. My father graciously underwrote this “ministry.” She taught me about parenting, following Jesus, and plain, ordinary common sense.

She had a motto which hung in a small frame. I often looked at it, but did not fully understand its depth until later in my life. And the truth of the words strike me as even more profound year by year. During one of my crafty phases I studied calligraphy. I decided an appropriate gift for her was my rendition of her life words. She received it as if I had presented an original hand-lettered Guttenberg Bible.

After her death I went to her apartment and carefully took it from the wall. Even decades later, it has a special place wherever I live… a place that catches my eye and my heart. So, I want these words to give you hope in a chaotic world which demands far more than our bodies and minds should be expected to offer.

My Motto
I am one – and only one;
I cannot do everything, But I can do something.
What I can do I ought to do.
What I ought to do by the grace of God I WILL DO