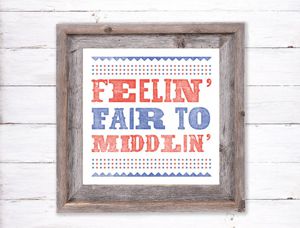 “The trending direction and focus is mediocrity.”

In math class we learned about the lowest common denominator. It was the point where all the fractions could find their happy place – where they all fit. This has now become a social concept. Education became one of the early proponents of its implementation. Finding a way to homogenize learning to make it comfortably available to the majority created a system which flowed downhill. The author Charlotte Iserbyt called it The Deliberate Dumbing Down of America.

Now, another sociologist boldly states that mediocrity is the goal. What does this look like? Perhaps giving trophies to every participant – even if they did not engage in one minute of competition; or, discouraging a grading system that rewards achievement.

We have transitioned from the brutal dog eat dog competition of earlier decades to an attitude which encourages lack of effort. The social drive to eliminate offense has created an order which celebrates the mediocre. Those who “pay the price” are penalized by ostracization. They don’t fit because they make others look deficient.

What does the Bible say about this? Aren’t we to do our work “as unto the Lord?” Would we take on a task for Him and then lay down on the job? Years ago I knew a man who was a well-meaning, but immature Christian. One day I found him sitting on a log outside of the job. “What is going on?” “Well, I am fasting to please God and I am just too tired to work.” “Are you taking their money for the job?” “Yes, but they are Christians and they will understand.” He wasn’t trending toward mediocrity – he had already staked his claim!

Paul’s letter to the Thessalonians spoke strongly to them about working hard and having a good reputation in the community. That is excellence. There was no room for second rate effort.

To have that attitude consistently means swimming uphill. My grandson Colby took his first job in a grocery store fully prepared to work extremely hard. At the end of his first day the other employees came to him, complaining about his work ethic. “You don’t have to work so hard – nobody expects it and you make us look bad.” He kept on, was promoted, and now is anticipating a career in the Marines. He wouldn’t accept a fair to middlin’ life.