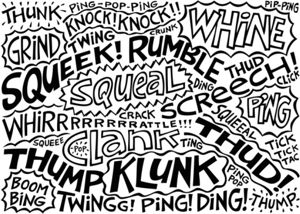 “The noise of battle all around you is unnerving.” Colonel Richard Goldsmith sat with an interviewer from the Madison County (AL) Hall of Heroes as an inductee answering his questions. They discussed his Army service in the Vietnam era. This comment made me stop and think.

We, too, are surrounded by the noise of battle. And, yes, it is unnerving. We are in the midst of clashing values which distract and discourage. How are we to know who to follow? What should be our answer to pressing problems?

Scripture says, “Be still and know that I am God.” How difficult that is in a world which shouts at us, over us, and around us. Turning down the volume as much as possible is a good option. Silence is a requirement for mental health. But even putting “sabbath rest” into our schedule is temporary. We must eventually return to the fray.

We turn on the news and the panelists see who can out bully the others with bold gestures and shrill voices. No stillness to be found!
As Christians we are called to put on the armor of God. The underlying assumption is constant warfare. We are not living in a safe space, but are battered by the conflict of God’s will versus that of “the power of this world.” It is noisy — it is unnerving.

But Jesus promises peace, doesn’t He? Not “spa day” peace, but peace which passes ordinary understanding because it exists in the tumult. It is quiet which is found in the rancor of arguments and the crushing pain of brokenness.

But we are not alone in this battle. The Holy Spirit gives us strength, comfort, and direction. The furor may swirl around us, but we have the hope of His courage. We may hear the world’s effort to drown out the small, still voice of God, but He breaks through calming us. The noise of battle can be unnerving, but when we walk with Jesus we know the victory has been won!