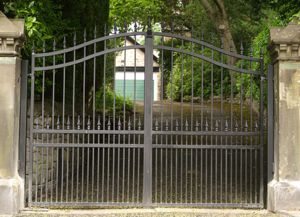 “Don’t attack the gates because they are reinforced – aim for the walls.”

The History Channel produced a series titled, “Ancients Behaving Badly.” They featured eight gruesome, terrible conquering marauders. Attila the Hun decided to go right at the Roman Empire by attacking one of their invincible forts. Their strategy was unique: ignore the gates and go for the walls. Why? Because the gates are the strongest part of the structure as they are reinforced for protection. The walls are vulnerable.

I once drove past a house with bars on all the windows, as well as the front door. They were secure from outside invasion. What was the problem? A fire destroyed the house from the inside. They were confident in their provisions, but sadly not safe from interior destruction.

We build our gates to withstand anything that could come against us. We determine where entrance into our character, strategic planning, or lifestyle will be and build in extra strength. But too often it is the unprotected, unseen damage which wounds us. We must be vigilant and prepared on all fronts.

On the ready – ever alert – eyes wide open… these are phrases which describe how we should live. We cannot relax, thinking we have covered all our bases. How many times have you seen someone tripped up by a careless decision or a foolish move? They so very often didn’t expect to create chaos – they were blindsided. The vandals came through the wall!

The wise person is ever aware. 360 degree mirrors allow us to see ourselves from all angles. It is good to stop and take a good look, even risking the shock. When the challenges (and challengers) come we can be “locked and loaded” as they say in Texas.