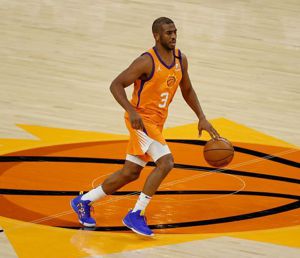 Basketball great Kobe Bryant had a brief conversation with the up and coming Devon Booker. The younger player hung on every word, and then asked the veteran player to sign his shoes. On one he wrote his name boldly. On the other he wrote these words: “Be Legendary.” Then he stopped to explain to the future Phoenix Suns star what that meant: “do everything it takes – do more of whatever is expected – do all that you have in you. You can only be legendary if you give it all you have.”

Those words took root in the soil of Booker’s soul energizing an already electric work ethic. He looks back on that exchange as a lifetime experience.

My Dad often inquired “Who first said, ‘I believe in you.’” When we began the leadership institutes named for him and founded on his principles of mentoring, networking, and persevering we incorporated that question into our presentations.

For thirteen years we spent intense time with institutions of Christian higher education. I never stopped being startled at the response. In every group there would be quite a few men and women who said no one to that time had ever said that to them. These were upper level campus leaders with distinguished records, yet they could not pinpoint a time when someone verbalized their faith and belief in them.

The power of specific encouragement cannot be overestimated. The strength of looking into someone’s eyes, listing positive qualities, and expressing firm belief can be life changing. This is not random “happy talk.” NO! This is getting to know someone, identify the nature of their character and talents, and then with sincerity pronouncing belief. This is as close to a blessing as you can get!

Who first said “I believe in you.” Who are you speaking life and future hope into?

We may not all be legendary, but we can all fulfill the gifts God has built into us. And we all long for the nurture of another’s belief.